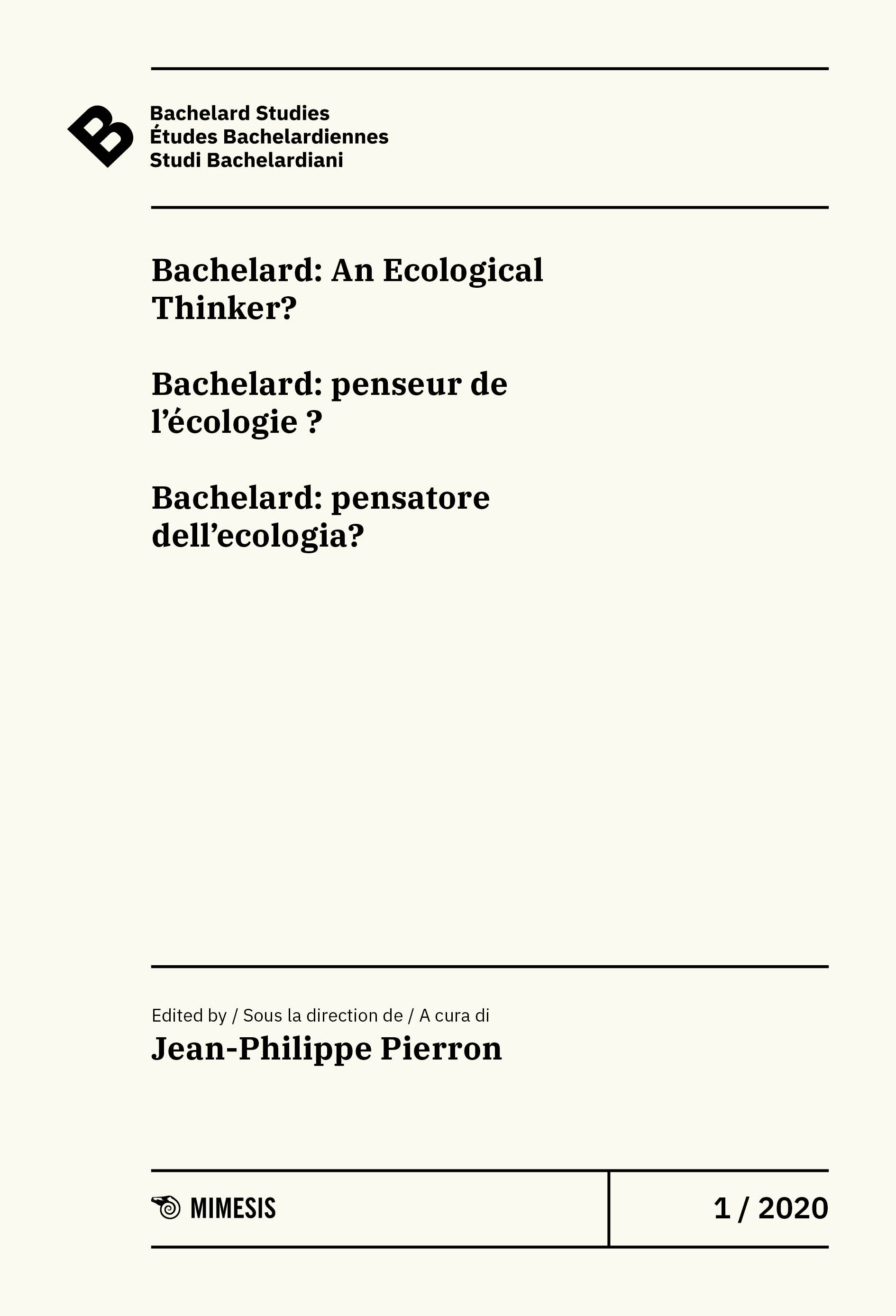 The publication of The Songs of Maldoror (1868) by Lautréamont is contemporary to the coining of the term “ecology” by the German scientist Ernst Heinrich Haeckel, who uses it to refer to a new science that studies the relationships between organisms and the environments in which they live. Although the word never appears in Lautréamont’s text, we believe it is possible to read the interpretation of his work proposed by Bachelard in 1939 as a sort of surrealist ecology. The work of the writer from Montevideo, in fact, was rediscovered in France mainly thanks to the interest of André Breton and the Surrealists. Thanks in part to the work of promoting the latter, Bachelard produced an essay that appears to be an unprecedented articulation between his epistemological and aesthetic research, paying great attention to the composition of the Lautréamontian bestiary. In our reading, moreover, we have tried to broaden the spectrum of possible interpretations of The Songs by comparing Bachelard’s reading with some pages by Maurice Blanchot, Gilles Deleuze and Félix Guattari.