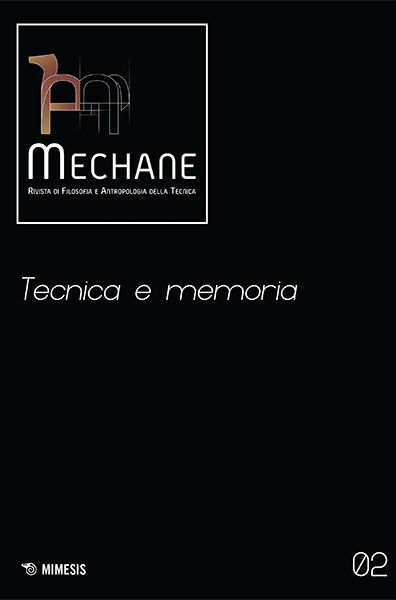 In Memoires: for Paul de Man Derrida analyses De Man’s interpretation of some pages of Hegel’s Encyclopaedia. Hegel distinguishes two forms of memory: on the one hand, recollection (Erinnerung), which presents the past in an intuitive form, and on the other hand, memory (Gedächtnis), which is described as a psychic mechanism. The relationship between these two forms of memory leads one to think that technique is not only something that is outside consciousness, but also something that structures the space of interiority. In particular, in Derrida’s texts we can find three arguments that support the paradoxical hypothesis of an interiority of technique: in all three arguments repetition is the essential problem. In order to analyse the relationship between memory and technique it is therefore necessary to understand the meaning that repetition assumes in the psychic life of the subject.