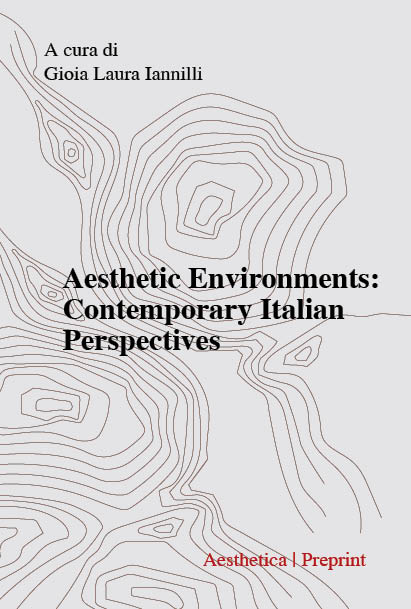 In this paper, I present haptic perception as a general attitude towards life and, then, as an approach to philosophy. Within this framework, I propose “ecological” aesthetics not to be understood as a specific domain dealing with natural environment, but as a comprehensive paradigm that has to do with the sentient being in terms of feeling/thinking. Therefore, ecological aesthetics also involves ontology, epistemology and ethics, since these domains, rather than detached, are just different. Ecological aesthetics is based upon an ecological logic, which is not the formal logic of isolated items but a participatory logic, calling for attention, intimacy, and care. In order to illustrate this approach, I will review some of the main issues I have developed in my latest book, Estetica ecologica. Percepire saggio, vivere corrispondente (“Ecological Aesthetics. Perceiving wisely, living correspondently”), where a relational model of feeling/thinking, that is, perceiving, is proposed. Here, differences are not predetermined but interstitial, made along the relational process of the experience. It follows that perception is always in action and movement; hence, the corresponding ontology is not a fixed ontology of objects, but a fluid meshwork composed of lines.